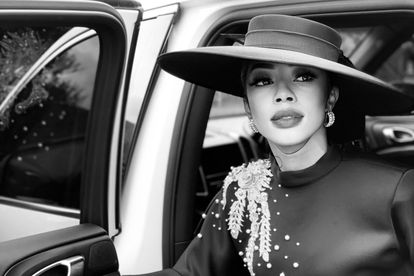 Kelly Khumalo has shared a cryptic post, a day after a public apology from her ex, Jub Jub
Image via Twitter
@kellykhumaloza

Kelly Khumalo has shared a cryptic post, a day after a public apology from her ex, Jub Jub
Image via Twitter
@kellykhumaloza

Just one day after Jub Jub publicly apologised for his “hurtful words”, Kelly Khumalo has seemingly responded in a social media post.

And if the words are anything to go by, Kelly is no step closer to reconciliation with the TV presenter, whom she shares son Christian with.

Taking to her Instagram Stories, Kelly Khumalo shared a cryptic quote. It read: “That TOXIC monster who you saw in the end is who they really are. Never doubt yourself again when they act nice. God allowed them to show off so you wouldn’t go back and waste time”.

On Thursday, 10 February, Jub Jub issued a public apology in which he “owned up to my mistakes”. This included recent comments he made about her, alleging she uses muti.

Kelly and Jub Jub dated from 2008 to 2012. In 2010, their Christian son was born. During this time, the hitmaker was on trial for being behind the wheel of a car crash that killed four school children.

He was later sentenced to 25 years in jail each for murder, attempted murder and three related offences. The charges were later overturned as culpable homicide. In 2017 Jub Jub was released from jail on parole after serving just 4 years.

In recent years, Kelly and her baby daddy have had a fraught relationship, with many back and forth insults being thrown between them. According to Jub Jub, he has also been denied requests to visit his son, which Kelly denies.

Meanwhile Moja Love has yet to reveal if the star will return to his post as the presenter of their reality TV shows; Uyajola 9/9 and You Promised To Marry Me.

The rapper was taken off air after his controversial comments on MacG’s Podcast and Chill caused widespread backlash. Adding fuel to the fire was allegations of rape levelled against him by fellow celebs Amanda du Pont, Masechaba Ndlovu and others.

Earlier this week, the channel gave the disgraced star an ultimatum to either apologise to Kelly Khumalo or lose his job.

Moja Love founder Aubrey Tau told City Press: “We’ve given Jub Jub an ultimatum to apologise to Kelly Khumalo for calling her a witch, among other things, during the [YouTube podcaster] MacG interview.

“Listening to the podcast, I believe he was out of order and I don’t like working with ill-disciplined people.”