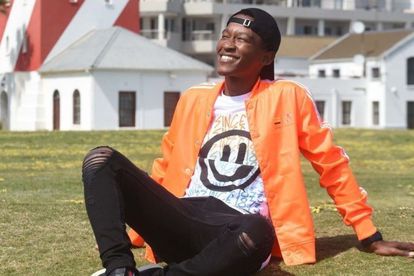 Just a few days after reclaiming his happiness, Katlego Maboe blessed his Instagram followers with his crisp voice. In his first-ever Instagram Reel, the former Expresso Show presenter sang Lauryn Hill’s Tell Him.

“Let me be patient. Let me be kind. Make me unselfish without being blind. Though I may suffer, I’ll envy it not. And endure what comes because he’s all that I got and tell him,” he sang.

His followers were loving his Reel. Take a look at what they had to say.

“Love this song and you do it justice,” wrote @khayadlanga.

“Damn dude. You need to hit the studio asap! We need that voice in the music industry,” wrote @ntethelelomabaso.

“It’s a yes from me, you are going through,” wrote @rachelboitumelomolefe.

“Today: I hope that the healing you need, will shower over you, as the summer rains nourish parched fields and see you bloom in times to come. ????????❤️,” the post was captioned.

The recent Instagram posts follow a tough year for Katlego. In 2020, his former partner Monique Muller accused him of cheating on her and infecting her with an STI. The video quickly went viral, domestic abuse allegations followed and he was then “cancelled.”

OUTsurnace and the Expresso Show cut ties with the television personality. Therefore, he had a challenging two years. It seems both he and Monique are moving past the cheating scandal.

Monique recently revealed she has a new love interest in her life. While Katlego has been working on his happiness from within.

“It’s taken some time, much more time than I would’ve liked or expected of myself, to get to this point. A place where I could honestly smile again, feel again and laugh from the bottom of my belly. I am grateful that I am here – now,” he wrote on Instagram.