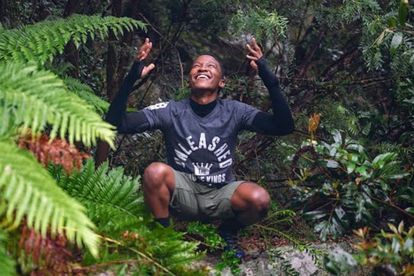 Tweeps call for Katlego Maboe to get his jobs back. Image via Instagram @katlegomaboe.

Tweeps call for Katlego Maboe to get his jobs back. Image via Instagram @katlegomaboe.

The Twitter streets have spoken and they want to see television host Katlego Maboe back on their screens following his cheating and domestic violence scandal.

The Cape Town Magistrates court decided to set aside the protection order against Katlego which was granted to his former partner Monique Muller. The pair made headlines in 2020 when a video of Monique accusing the television host of cheating on her and giving her an STD went viral.

There were also domestic violence allegations levelled against him. Tweeps shared their opinion on Katlego’s “innocence” after the court ruling but Monique slammed claims that he is innocent.

She says that the new development in the case only means that there were no new acts of violence.

“To set the record straight. As per the agreement between the two parties, there has been no new acts of domestic violence since the application of the IPO. This is the correct outcome as per the court ruling,” she wrote on her Instagram Stories.

TWEEPS: ‘ITS TIME KATLEGO MABOE GETS ALL HIS JOBS BACK’

“It’s time Katlego Maboe get all his jobs back he has been found innocent,” tweeted @Jabu_Macdonald.

“I hope this Katlego Maboe saga sets a precedent to brands that you don’t have to jump and react without facts due to social media pressure. Katlego’s reputation is destroyed forever & no amount of money can fix that. While we are here, can we please name & shame the real abusers?” tweeted @DrPhomolo.

“I hope Katlego gets his job back,” tweeted @QMqilingwa.

“I was starting to forget there’s a person called Katlego Maboe..I hope he gets his job back,” tweeted @MrsMagongwa.