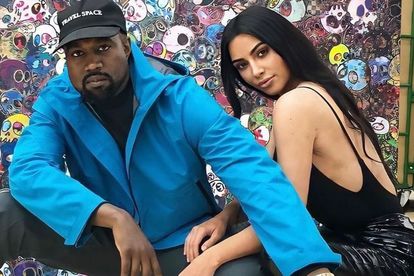 American rapper Kanye West revealed he still wants to be with his estranged wife, reality star Kim Kardashian in an interview with Revolt TV’s Drink Champs which premiered on 5 November.

KANYE WEST: I WANT US TO BE TOGETHER’

In an interview with Revolt TV’s Drink Champs, Kanye West slammed Kim Kardashian’s Saturday Night Live (SNL) performance. The rapper said he did not like that they made the Skims founder say she divorced him.

“SNL’ making my wife say ‘I divorced him’ on TV because they just wanted to get that bar off. I never even seen the papers. We’re not even divorced,” said Kanye.

“They ain’t no joke to me. My kids want their parents to stay together. I want us to be together,” he continued.

The Gold Digger hitmaker blamed the media and Kim’s team for promoting the idea of the divorce on TV.

WHAT ABOUT PETE DAVIDSON AND IRINA SHAYK?

The Keeping Up With The Kardashians star filed for divorce from Kanye in February this year. In June the Heartless hitmaker was spotted on a birthday “baecation” with model Irina Shayk. The pair were romantically linked for sometime before they reportedly called it quits in August. This followed Kanye’s “secret” dinner with Kim.

“It was never a serious thing that took off,” said a source to People.

“Kanye has been busy working and spending time with his kids. This is his focus. He doesn’t have time to date right now. He finds Irina amazing though. They remain friendly ,” the source continued.

While Kim has some budding romance rumours of her own. After she sealed a kiss with SNL star Pete Davidson, she was spotted out and about with him a few times after.

However, it seems Kanye is not letting go of their marriage that easily.