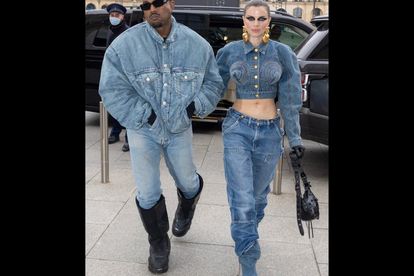 Actress Julia Fox responded to criticism over her relationship with rapper Kanye West on Friday 21 January, on an episode of her Forbidden Fruits podcast.

Julia Fox addressed the criticism surrounding her relationship with rapper Kanye West – on an episode of her podcast Forbidden Fruits. The Uncut Gems star said that she has been dating billionaires her entire adult life. So, she isn’t chasing fame or clout.

The actress admitted that she used to be an “attention seeker” in her younger days but she is no longer looking for it.

“It’s funny cause I’m getting all of this attention, but I really couldn’t care,” she continued.

“Watch my movie, read my book. That is more thrilling to me now than eyes on me. I couldn’t care less,” she added.

INSIDE HER RELATIONSHIP WITH KANYE WEST

Julia made headlines at the beginning of December when she was spotted on a night out with Kanye West. The pair dined at Carbone restaurant on Miami Beach. Julia opened up about her first date with the Gold Digger hitmaker.

“I met Ye in Miami on New Year’s Eve and it was an instant connection. His energy is so fun to be around. He had me and my friends laughing, dancing, and smiling all night. We decided to keep the energy going and fly back to New York City to see Slave Play. Ye’s flight landed at six and the play was at seven and he was there ON TIME. I was impressed,” she wrote in Interview Magazine.

“At the restaurant, Ye directed an entire photo shoot for me while people dined! The whole restaurant loved it and cheered us on while it was happening. After dinner Ye had a surprise for me. I mean, I’m still in shock. Ye had an entire hotel suite full of clothes. It was every girl’s dream come true,” she continued.

Kanye and the actress have been spotted out several other times and continue to pack on their public display of affection. The rapper’s ex-wife Kim Kardashian is reportedly dating American comedian Pete Davidson.