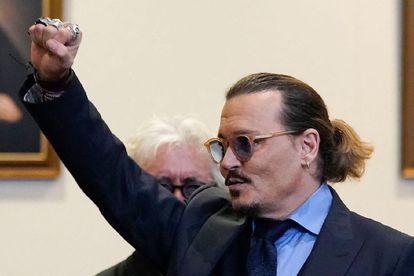 Hollywood actor Johnny Depp has reacted to winning his defamation trial against his ex-wife Amber Heard on Wednesday 1 June.

In a statement shared by the 58-year-old actor on Instagram, he said he feels “truly humbled” by the verdict and he is finally getting his life back.

THE JURY RULES IN FAVOUR OF THE ACTOR

The former couple, who married in 2015 and divorced in 2017, were up against each other for a full six weeks at the Fairfax County Court in Virginia.

Depp sued Heard, 36, for $50 million (R800 million) for implying he abused her in a 2018 Washington Post op-ed. Although the Aquaman actress didn’t name him, he claimed her allegations impacted his ability to work. In turn, Heard pursued a $100m (R1.6 billion) counterclaim.

While Depp was not in the courtroom when the verdict was read – as he is currently in the UK performing in a series of shows with guitarist Jeff Beck – he released a statement on his Instagram.

The Pirates of the Caribbean star said he is “overwhelmed by the outpouring of love and the colossal support and kindness from around the world.”

“Six years ago, my life, the life of my children, the lives of those closest to me, and also, the lives of the people who for many, many years have supported and believed in me were forever changed. All in the blink of an eye,” he wrote.

Depp went on to express that he is “humbled” that the jury gave him his life back.

“False, very serious and criminal allegations were levied at me via the media, which triggered an endless barrage of hateful content, although no charges were ever brought against me. It had already traveled around the world twice within a nanosecond and it had a seismic impact on my life and my career.

“And six years later, the jury gave me my life back. I am truly humbled,” Depp added.

He further explained that speaking the truth was something he owed to his children and to all those who have remained steadfast in supporting him.

Before concluding, Depp thanked his legal team, as well as the judge, sheriffs, and other court staff. He also thanked his fans who have spoken out in his defence.

“The best is yet to come and a new chapter has finally begun. Truth never perishes.”