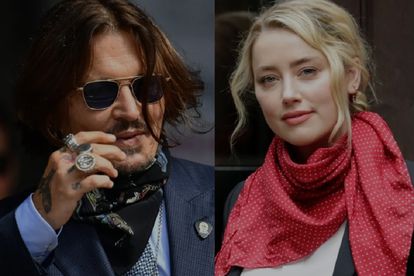 A doctor has disputed Johnny Depp’s claims that his finger was severed when Amber Heard threw a bottle at hm. Image via @jennifurrball_19/Instagram

A doctor has disputed Johnny Depp’s claims that his finger was severed when Amber Heard threw a bottle at hm. Image via @jennifurrball_19/Instagram

An orthopaedic surgeon has disputed Johnny Depp’s account of a fight with Amber Heard during which his finger was severed.

During his testimony on Monday 23 May at the Virginia Court, Dr Moore told the court the 58-year-old actor’s claims that his ex-wife (36) had thrown a vodka bottle at him, were “not consistent” with what is seen in the clinical photographs.

As the $100 million (R1.6 billion) libel trial between ex-spouses Depp and Heard moves into its sixth and final week, more and more bombshells keep dropping.

Both Depp and Heard are suing each other for defamation and physical abuse during their marriage which lasted under two years from 2015 to 2016.

According to the Pirates of the Caribbean star, during one of their heated fights, Heard threw a bottle at him which in turn partially mangled his finger.

As per The Guardian, when Depp testified about the incident on 20 April, he explained that it occurred during the filming of one of the Pirates of the Caribbean franchise films in Australia in 2015.

“Blood was pouring out… I think I went into some sort of … I don’t know what a nervous breakdown feels like, but that’s probably the closest that I’ve ever been. Nothing made sense,” he was quoted as saying.

However, Dr Moore believes that Depp’s account does not align with the injury, The Independent reports.

Testifying in court on Monday, the orthopaedic surgeon said, “I couldn’t see any evidence of damage to the fingernail that he would expect from an injury when the finger was struck by a bottle from above.”

The Daily Mail further reported that Moore added that physicians that examined Depp’s hand did not note that there were any shards of glass in Depp’s hand.

“It’s not consistent with what we see in the described injury pattern… the description was the hand being flat on the bar and the bottle crushing the finger from the top. But looking at the images, there’s really no significant injury to the dorsal of the finger and created the type of injury… we would anticipate both injury to the fingernail and other parts of the finger.”

The publication further explained that doctor said the injury looks more consistent with the finger being squeezed between two hard surfaces similar to sliding glass doors.