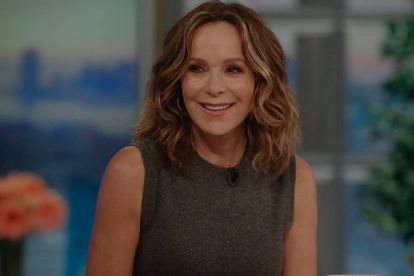 Actor Johnny Depp’s ex-fiancé Jennifer Grey has weighed in on the actor’s defamation trial against Amber Heard. Image via @jennifer_grey/Instagram

Actor Johnny Depp’s ex-fiancé Jennifer Grey has weighed in on the actor’s defamation trial against Amber Heard. Image via @jennifer_grey/Instagram

Depp and Heard are embroiled in a messy case in which they are suing each other over claims of abuse. This started after the Aquaman actress claimed in a Washington Post op-ed in 2018 that she was a victim of abuse in her relationship.

Grey, 62, who was briefly engaged to Depp, 58, in 1989, has told Extra during an interview that she thinks what is happening between the former couple is sad.

She has also reflected on her time with the Pirates of the Caribbean star in her new memoir, titled Out of the Corner.

JENNIFER GREY ON HER RELATIONSHIP WITH DEPP

The Dirty Dancing actress described the Depp she knew as a funny, sweet and charming person, among other characteristics.

“Funny and sweet and just so charming and quirky and weird and self-effacing and just so unique and gorgeous, and he was obsessed with me and romantic.

“I haven’t known him for 30 years. I haven’t talked to him. I haven’t seen him… The whole thing makes me insanely sad for everybody involved. These are people who are damaged and continuing to damage each other. It’s sad. I don’t have an opinion, except it breaks my heart… I just knew him in a very different time,” she told Extra.

According to Grey’s memoir, they had only been dating for two weeks when he proposed to her.

HOWEVER, DEPP WAS ‘PARANOID’

Although charming and sweet, Grey wrote in her memoir that Depp was “paranoid about what she had been up to while he was gone”.

According to The Independent, the actress recalled a time when the actor was commuting every week back and forth from Vancouver. During that time, he started getting into fights in bars and with cops more regularly.

“He’d started missing his flights home to LA having overslept or, when he did come home, he’d be crazy jealous and paranoid about what I’d been up to while he was gone.

“I attributed his ill temper and unhappiness to him feeling miserable and powerless to get off [the TV series] 21 Jump Street,” the publication quoted her as saying.