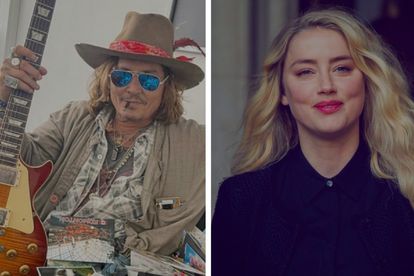 In some of the new songs by Johnny Depp and Jeff Beck, the actor reportedly takes a dig at Amber Heard. Image via @amberheardfanpagex, @pabloshats/Instagram

In some of the new songs by Johnny Depp and Jeff Beck, the actor reportedly takes a dig at Amber Heard. Image via @amberheardfanpagex, @pabloshats/Instagram

Johnny Depp reportedly got a few things off his chest in a few songs on the soon-to-be-released album with British guitarist Jeff Beck.

According to The Sunday Times UK, the 59-year-old actor addresses his multi-million dollar defamation trial that he was embroiled in with his ex-wife Amber Heard, 36.

The publication reports that in one of the lyrics of one of the songs on the album, the Pirates of The Caribean actor says:

“I think you’ve said enough for one motherf**king night.”

In another song entitled Sad Motherf**kin’ Parade, Depp also sings, “You’re sitting there like a dog with a seven-year itch … If I had a dime, it wouldn’t reach your hand.”

Depp’s collaborative album with Jeff Beck is entitled 18 and will be released on Friday, 15 July. Two of the songs on the 13-track album were reportedly written by Depp with the rest of the tracklist made up of covers of songs by Lou Reed, The Velvet Underground and The Beach Boys.

The album with Beck comes a few days after Heard’s legal team asked the Virginia court to throw out the verdict that was handed down on 1 June.

Heard’s legal team claims that throughout the six-week-long trial the wrong person showed up for jury duty but served as a jury member anyway.

It is alleged that a 77-year-old was randomly selected for jury duty, but instead a 52-year-old with the same last name and who lives at the same address came to the court and served as a juror throughout the trial.

In addition, the Aquaman actress’ lawyers also said last week that Judge Azcarate should throw out the verdict because the amount awarded to Depp was “excessive” and “indefensible.”