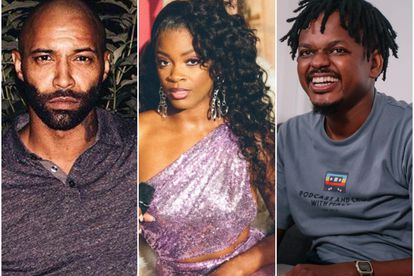 Joe Budden has weighed into the debate surrounding MacG and Ari Lennox which has taken over the Internet in the last week.

The US rapper shared his thoughts about the singer’s viral reaction to an interview with SA’s podcaster MacG.

Last week, MacG trended on social media after he asked the singer an “inappropriate” question about her sex life. The local star defended his actions, claiming he was merely referencing her own explicit lyrics.

What followed was nothing short of a social media meltdown for Ari Lennox who called out MacG and even South African tweeps for being “misogynistic”.

Speaking on his own podcast, Joe Budden has now taken aim at Ari Lennox for how she handled the situation. However, he also claimed that MacG could have handled the question in a “classier” way.

Speaking on the Joe Budden podcast, the US star weighed in on Ari Lennox’s recent tweets, including clapping back at Internet trolls, threatening to drop her music label and hinting at mentally going through a rough patch.

In a clip circulating on social media, Joe Budden claims that as an artist of explicit lyrics, she should have been “prepared” for any line of questioning.

He said: “A rule of thumb for me was; if I say it in a song, it’s in the world. It’s onboard to be discussed from people….It can be brought up. Once it’s documented, it lives, it exists.

“Ari Lennox’s last nine verses have been sexually explicit. If you’re sitting with a shock jock…you have to know that anything you have ever said in a song is on record to be discussed. Could he [MacG] have done that in a much classier and tasteful way…of course!”

MACG SHARES HIS CONVERSATION WITH CHARLAMAGNE

Meanwhile MacG has shared contents of a DM between himself and Charlamagne Tha God.

Earlier this week, the US radio personality and co-host of The Breakfast Club, asked fans not to cancel MacG over his Ari Lennonx interview

He personally offered to “counsel” the South African instead.

Taking to his Friday podcast, MacG claimed that Charlamagne wanted to follow through with his offer.

He read a DM from the US star, which read: “I want to keep you from making the same mistakes I did on the come up. You represent a country I love. There is power in your words

“We especially have to do better by our queens”.