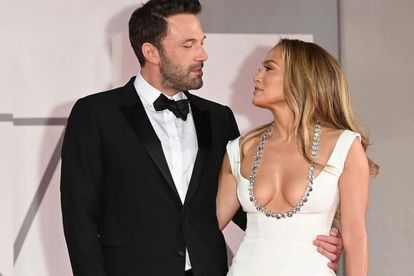 American singer and actress Jennifer Lopez shut down rumours that she was bothered by comments her boyfriend, Ben Affleck made about his ex-wife Jennifer Garner – on an episode of The Howard Stern Show on 14 December.

Ben Affleck revealed that he felt “trapped” while married to American actress Jennifer Garner in an interview on The Howard Stern Show on 14 December. Affleck received criticism for his remarks as he went on to say this drove him to alcohol.

“We had a marriage that did not work. This happens. It is somebody I love and respect, but to whom I should not be married any longer,” said Affleck.

“I was like, ‘I can’t leave because of my kids, but I am not happy. What do I do?’ What I did was drink a bottle of scotch on the couch, which turned out not to be the solution,” he continued.

Following the interview, reports claimed that his girlfriend Jennifer Lopez was bothered by Afflecks remarks.

“This story is simply not true. It is not how I feel. I couldn’t have more respect for Ben as a father, a co-parent, and a person,” said Lopez to People.

Affleck was engaged to Lopez before he married Garner in 2005. The pair were married for 10 years and share three children together – Violet (16), Seraphina (12), and Samuel (9).

Lopez was engaged to Baseball shortstop Alex Rodriguez for two years before they split earlier this year.

“We have realized we are better as friends and look forward to remaining so, we will continue to work together and support each other on our shared businesses and projects. We wish the best for each other and one another’s children. Out of respect for them, the only other comment we have to say is thank you to everyone who has sent kind words and support,” said the pair in a joint statement to The Today Show.

Lopez and Affleck were reportedly spending time together at her Los Angeles home in April.The pair were rumoured to be dating for months before they went “Instagram Official” in July.