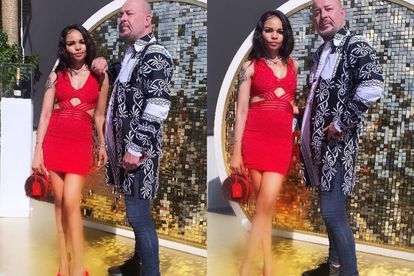 Actor Jamie Bartlett’s girlfriend Rosa Onious opened up about his last moments after he passed away on Monday 23 May.

ROSA ONIOUS: ‘THEY TRIED EVERYTHING TO RESUSCITATE HIM’

“We got the autopsy results, and they said it was cardiac arrest,” she said to Channel 24.

She went on to say that he was taking an afternoon nap which he usually does on days he is not working. Onious said that she tried to wake him up around 17:00 so he could meet up with his boys but he did not wake up.

“I said Jamie, Jamie, [but] Jamie didn’t look up,” she continued, adding that she tried to nudge him to wake up once again.

Onious and her mom call the ambulance service which reportedly arrived in 15 minutes. She said that they tried everything to resuscitate him but it was too late.

“They tried everything to resuscitate him, CPR, everything, but it was too late,” she said.

THE NIGHT BEFORE JAMIE BARTLETT’S DEATH

Jamie made an appearance at the Lifestyle Brooklyn club in Pretoria alongside media personality Somizi Mhlongo. He was joined by Onious.

Onious shared a clip from their nightout on social media, hours before Jamie’s death on Monday 23 May. Jamie’s dance moves can be seen in the clip as well as Onious taking a sip of Moet champagne. Take a look…

“About last night at @012_lifestyle_brooklyn. Champagne poppin. @realjamiebartlett Thank you for making my night extra special as always,” she captioned the video.

Condolences poured in for Onious in the comments section.

“I’m so sorry for your loss Rosa. I hope you know that J loved you very very much. Thank you for taking such good care of him. He never stopped talking about you on set. Thank you for loving him ❤️,” wrote @madlomo2.