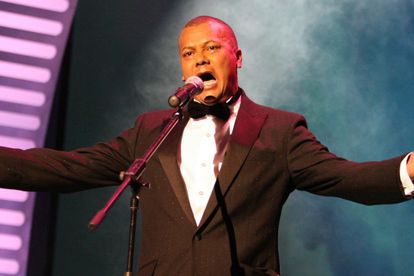 James Bhemgee’s family was shocked to hear the news of the ‘SA’s Got Talent’ winner on social media. Image via Facebook James Bhemgee

James Bhemgee’s family was shocked to hear the news of the ‘SA’s Got Talent’ winner on social media. Image via Facebook James Bhemgee

Former SA’s Got Talent winner and opera singer James Bhemgee passed away at the age of 57 on Wednesday 22 June. Taking to Facebook, Bhemgee’s sister Nerine Prosperum Schilder said the family was shocked to receive the news on social media.

The 57-year-old’s brother, Pastor Alfonso Schilder, told Channel24 that Bhemgee suffered from chronic illnesses and died from a heart attack.

JAMES BHEMGEE’S FAMILY ON HIS DEATH

In a heartfelt Facebook post, Nerine Prosperum Schilder said the news of James Bhemgee’s passing came as a shock to his children and family who saw the news on social media first. Schilder also remembered their father and brother who passed away in 2020 and 2021 respectively.

“Rest in peace my brother James Bhemgee, I’m sure you and Jonathan (Junaid) are having heavenly conversations with Dad,” wrote Schilder.

There was a similar occurrence before late rapper Riky Rick’s death was confirmed by the Makhadao family on 23 February. Social media was flooded with rumours of his passing before an official statement was released.

Pastor Alfonso Schilder told Channel24 that his brother, James Bhemgee, suffered from hypertension and had a failed kidney.

“That put some strain on the heart, and the heart collapsed [and] he had a heart attack,” he added.

“He was suffering but he never told or complained about it to anyone. James wasn’t somebody who spoke about his feelings and he was always optimistic so he would never make people feel sorry for him because he was always upbeat and positive.”

‘SA’S GOT TALENT’ AND SINGING CAREER

Bhemgee won the second season of SA’s Got Talent in 2010 after being unemployed for 13 years.

“I didn’t have opportunities to sing but I never gave up on my dream. I survived. I went through very tough times but I was and I am a believer,” Bhemgee said on his win.