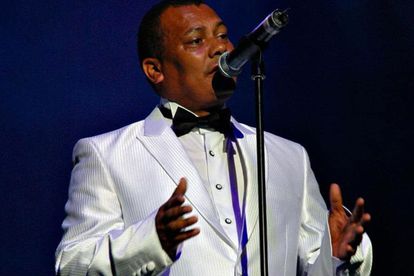 Cape Town-based opera singer and former SA’s Got Talent winner James Bhemgee passed away at the age of 57 on Wednesday 22 June. Sources close to Bhemgee confirmed his passing to The Daily Voice and industry colleagues have taken to Facebook to bid him farewell.

James Bhemgee rose to fame after winning on SA’s Got Talent in 2010. He went on to release his debut album, Vincero, in November 2011.

According to The Daily Voice, James Bhemgee passed away at 04:00 at his home in Cuckoo Street, Rocklands, Cape Town. A resident who lived with the talent show winner said he had been sick for two days.

“He seemed okay but just said he wasn’t feeling well and wanted to lie down,” said the resident.

“He was still okay last night. I know he had some kidney issues and often asked for advice from a kidney patient we know. This morning around 03:00, his eyes were going to the back of his head and we knew something was wrong.”

Another resident tried to rush the 57-year-old to the hospital, but he died en route.

TRIBUTES POUR IN FOR JAMES BHEMGEE

Industry colleagues and fans took to Facebook to pay tribute to James Bhemgee following news of his death.

“It is with deep sadness that we share the news of the loss of a good friend and colleague,” wrote Marmalade Productions.

“A gifted performer who wowed audiences across the world with his golden voice, James never lost his humility & the common touch with his friends, his community, his people,” wrote Judith Holloway.

According to IOL, James Bhemgee won SA’s Got Talent after being unemployed for 13 years.

“Those 13 years were the hardest part of my life. I didn’t have opportunities to sing but I never gave up on my dream. I survived. I went through very tough times but I was and I am a believer,” said Bhemgee on his win.

He has performed with Welsh singe Katherin Jenkins and alongside Dutch violinist André Rieu on the South African leg of his tour.