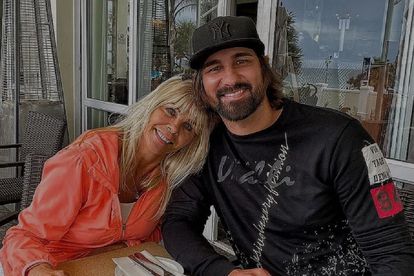 Former Springbok player Jacques Potgieter has been reunited with his biological mother. Image via @jacquespotgieter7/Instagram

Former Springbok player Jacques Potgieter has been reunited with his biological mother. Image via @jacquespotgieter7/Instagram

Ex-Springbok player Jacques Potgieter has taken to his Instagram to announce exciting news regarding his family. After 35 years of looking for his biological mother, the was happy to finally tell his fans that he has found her.

‘THERE’S NO WORDS TO DESCRIBE THIS FEELING’

On 21 March, 35-year-old Jacques posted an Instagram post he has been dreaming of sharing his whole life. The former Sharks and Blue Bulls player revealed to his fans that he has finally been re-united with his long-lost biological mother.

The caption, which was accompanied a cute picture of the former rugby player and his mother, read: ” After 35 years i finally found my biological mother❤️???????? There’s no words to describe this feeling????????.”

THE EX-SPRINGBOK FINDS HIS SISTER TOO?

According to the Citizen, Jacques found his siter too, however he deleted the post. the publication reported that there was a follow-up post on Tuesday morning, in which he was pictured with a young blond on his lap.

“For those of you that wondered who this girl was on my lap, its my sister. Finally, I am not the only child anymore,” he captioned the now-deleted picture.

Jacques’ big reveal was met with warmth and positivity.

A woman, who’s username is @muis_bernardt also commented and said,“Uiteindelik is ons family complete [Finally our family is complete]”