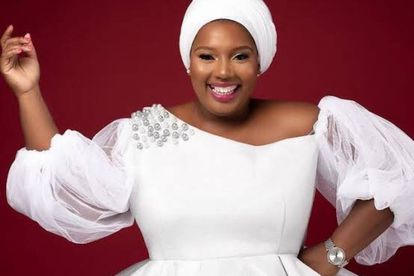 ‘Real Housewives of Durban’ star -Nonkanyiso ‘LaConco’ Conco opens up about her return to the reality TV show. Image via Twitter @PhilMphela

‘Real Housewives of Durban’ star -Nonkanyiso ‘LaConco’ Conco opens up about her return to the reality TV show. Image via Twitter @PhilMphela

Jojo Robinson invited the ladies over for a pool party on the latest episode of RHOD. LaConco was surprised by flowers from a mystery man. This sparked a conversation of whether she sent herself flowers or not on Twitter.

This comes after LaConco explained that her ex fiance, former President Jacob Zuma is no longer in her life. She also said that she is raising her son with her mom hinting that Zuma is not part of their son’s life either.

“No one gets into a relationship, especially if you are young, to face circumstances that I went through. I had to come to a point where I had to accept the situation and these are the circumstances. Okay this is it,” she said to Sorisha Naidoo on the show.

TWEEPS: ‘LACONCO BOUGHT HERSELF THOSE FLOWERS’

Twitter users were not buying that LaConco got her flowers from a secret admirer but instead think she sent it to herself.

“I feel like Laconco bought herself those flowers #RHODurban,” tweeted @mopediiii.

“LaConco bought herself those flowers it’s very obvious because how did “petal” know where she was or yet where Jojo lived #RHODurban,” tweeted @Kingshade01.

LaConco’s fans on the other hand do not believe she sent herself flowers.

“Not these ladies asking whether Laconco sent the flowers to herself. ???? I’m sorry but Laconco is a very beautiful, mature and intelligent woman. She doesn’t need to be sending herself flowers. Any man would be lucky to have her. ✨❤️ #RHODurban,” tweeted @_itsmbalenhle.