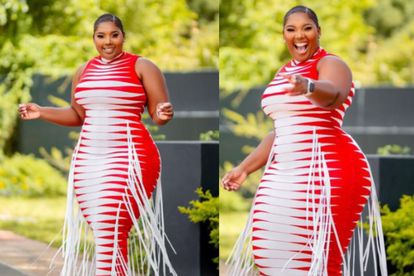 Former president Jacob Zuma’s “baby mama” LaConco has been both age and body shamed on Twitter after she shared photos of her new body on 25 November.

Nonkanyiso “LaConco” Conco took to Instagram, to let her 275 000 followers know that she has been successful on her weight loss journey. She explained that it was difficult and uncomfortable and she no longer eats for flavour, but instead what her body needs.

The businesswoman, who starred on the Real Housewives of Durban (RHOD) went on to say that she does not aim to be slim, but healthy.

LaConco has a son with former president Jacob Zuma.

Twitter users were shocked that the reality star is turning 31 soon and some have also body shamed her.

“The biggest mind f*** was when I found out that Laconco is turning 31 next month,” wrote @JRedcorn_.

However, others have jumped in to defend the reality star.