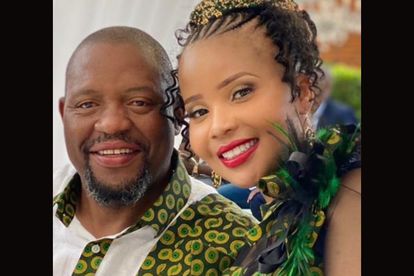 The publication has seen photos of a battered Nthabeleng but cannot confirm whether this was inflicted by Jacob or not.

“Jacob hit me four times and I got bruised. The fights started to become very intense and physical. I asked him after the first time he hit me to never do it again. I only regret not opening assault cases against him. I know women are taught to bear the pain and pretend things are ok. But I won’t allow anyone to beat me up at my age in 2022,” she said to the publication.

The pair began dating in 2019 and officially tied the knot in December 2020. She seemed to think he was cheating on her as well.

“Everything he said and did [meant]was to break me down. It was obvious that he was cheating. Where do you go every day as a husband returning home at 5am the following day? I have filed for divorce and have moved on. I was mentally, physically and financially abused. He hardly ever contributed to the household, and I was sympathetic because he doesn’t get paid regularly,” she continued.

She went on to say that all she wanted was to be loved but she is not sure if he was ever really in love.

“All I wanted was to love and be loved, nothing more, nothing less. I’m not sure if he was ever really in love because we had a weird power struggle to assert himself on and off for reasons I didn’t really understand,” she added.

She also claimed that their fight started when she refused to marry Jacob in community of property.

“The fight really started with my stance on the marital contract. I refused to marry Jacob in community of property and that hurt him. It didn’t make sense to marry anyone in community of property after toiling for over 20 years without him. Four weeks after the grand wedding he disappeared for six weeks because I objected to constant early morning arrivals. Like who works until 3am every morning?” she went on to say.

ICYMI: Benni McCarthy’s future – THREE teams he could coach next