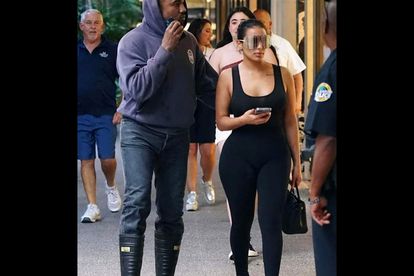 American rapper Kanye West posted a picture of himself and his rumoured girlfriend Chaney Jones on 1 March.

Kanye West was first spotted with  Chaney Jones at his Donda 2 listening party in Nobu, Malibu on 7 February. Chaney is a social media influencer and model but she is also the Chief Operating Officer (COO) of First State Behavioral Health, a counseling company started by her father, Avon, who is the CEO.

The pair were then spotted out on a shopping spree in Miami on 24 February. Chaney and Kanye reportedly also grabbed lunch together.

Chaney posted a selfie with Kanye along with a black heart on 28 February. Now, Kanye has reshared a snap of himself and the 24-year-old on Instagram.

This comes after the rapper and Julia Fox ended their whirlwind romance after just two months. The rapper also sent his estranged wife Kim Kardashian a truckload of roses for Valentine’s Day.

Kim on the other hand, begged a judge to sign her divorce papers according to Page Six. This was because she thought Kanye’s social media posts were “emotionally distressing.”

“I very much desire to be divorced. Kanye has been putting a lot of misinformation regarding our private matters and co-parenting on social media, which has created emotional distress,” said Kim according to Page Six.

Page Six also reports that the Gold Digger hitmaker is using the 24-year-old as his muse.

“She appears to be a muse, but it also depends on who you ask,” said a source to the publication.

Kanye may have taken Chaney out shopping at Balenciaga but the pair are just friends – for now.