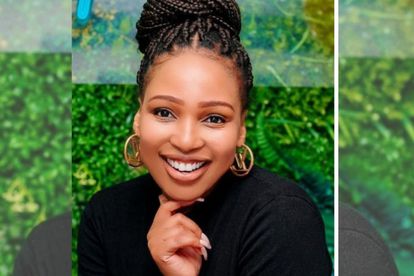 Imbewu: The Seed actress Phindile Gwala-Ngandu is reportedly being taken to court by a body corporate after failing to settle her electricity bill worth over R100 000.

City Press reports that the Bramley Mews Body Corporate approached the Johannesburg High Court last week after the Imbewu: The Seed actress Phindile Gwala-Ngandu failed to settle an electricity bill of over R100 000.

The body corporate is reportedly seeking a court order to compel the actress to settle the bill of R115 641.98.

“As it appears from the notice of motion, the applicant (Bramley Mews Corporate) seeks an order against the respondent (Phindile Gwala) for monetary payments regarding arrear levies and electricity charges, which are due to the applicant by the respondent.”

“The applicant also seeks an order against the respondent for disconnection of the electricity supply to the section, pending full payment of arrear levies and electricity charges. This particular relief has necessitated the launching of this court application out of the above honourable court.”

The manager also tells City Press that the body corporate also obtained a court judgment in June 2020 due to nonpayment against Gwala-Ngandu’s assets.

“Judgment was granted against the respondent for the sum of R70 809.95 and on or about 22 March 2022, a warrant of execution was issued against the movable property of the respondent…to date hereof, the respondent failed and alternatively neglected, further refused to make payments in respect of special levies, normal levies, refuse recoveries and sewer/ effluent levies in full. As such, payments become due and payable to the applicant.”

“If the applicant does not recover these payments from its members, it will continue to advance monies to the council, on behalf of section owners who do not pay for electricity consumption. This will deplete any savings which the applicant may have and will ultimately cause the applicant to have a negative bank balance, risking a disconnection of the electricity supply, by the local municipality, to all the sections and the applicant being placed under administration.”

Actress Phindile Gwala-Ngandu did not respond to The South African at the time of publishing this article.