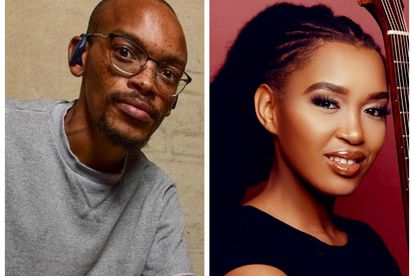 Nota Baloyi has claimed that the Illuminati took his estranged wife, Berita. Image via Twitter @musakhawula

Nota Baloyi has claimed that the Illuminati took his estranged wife, Berita. Image via Twitter @musakhawula

Controversial podcast contributor and music executive Nota Baloyi has raised some eyebrows on Twitter once again after making comments about his estranged wife, Berita.

During his five-hour-long interview on Wednesday 13 July on the YouTube podcast Everything SA Music (ESAM), he took more jabs at Sol Phenduka for “selling out,” elaborated on his comments about Mihlali being an object and Cassper allegedly using witchcraft. When it came to afro soul singer, Berita, Nota linked her to the Illuminati.

NOTA TALKS ABOUT HIS MARRIAGE TO BERITA

On the podcast with Rea Gopane and Blvck Steph, Nota spoke at length about his marriage to Berita. The pair got married during the lockdown period in 2020 but called it quits in January this year.

Nota, who has previously denied that his marriage to the Thandolwethu singer has ended, told the YouTubers that she “did not have what it takes to be loyal.”

He went on to claim that Berita’s statement that was published on social media on 4 July was written by her stylist, also adding that “there was a war against men”.

In her statement, the Ndicel’ikiss singer described Nota as “extremely irresponsible, reckless and unruly.”

“He simply does not listen to anyone. I do not condone his actions. I cannot even begin to count the numerous times he has erred in his speech,” Berita had said.

She further revealed that she left her marriage because she had reached a point where she had to choose between being married and being alive.

‘THE ILLUMINATI TOOK MY WIFE’

Later in the ESAM podcast, Nota —who continuously referred to Berita as “my wife” — said that witchcraft was used to get her to hate him.

“They even told my parents that I’m going to die on my birthday,” he said.

When Rea chimed in and said that he does not endorse witchcraft, Nota then claimed that Cassper Nyovest was practising it.

“It’s the way of Cassper and them.. he’s into everything.

“Witchcraft is real, it’s the Illuminati. Illuminati took my wife. They think I’m going to beg for her back while she’s illuminated,” he added.