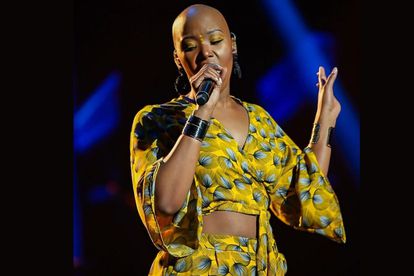 Anathi Conjwa, popularly known by her stage name Ithana, has withdrawn from Idols SA due to medical reasons, announced via a statement from M-net today (19 September).

Idols SA top 10 contestant and Miss Soweto runner-up Ithana has unexpectedly withdrawn from season 17 of the competition due to medical reasons. M-net announced that the aspiring singer’s health is of the utmost importance in a short statement.

“As M-net, we wish her a speedy recovery. It is unfortunate that she cannot continue in the competition but her health is of paramount importance. I know that this would not be the last time South Africans see her on their screens,” said Nomsa Philiso, local channels entertainment director at M-net.

Ithana was determined to work hard in the competition and prioritised being genuine.

“I am going to be working hard on bettering my voice and stage presence. However, more than anything, I am going to continue being as honest and as genuine as I can be in all my performances,” said Ithana to the Sowetan after she made the top 16.

The 22-year-old is from Cala, Eastern Cape and was recently crowned first princess at the Miss Soweto beauty pageant.

“Having been crowned the 1st Princess was such a milestone for me and I think the pageant industry,” she wrote on Instagram.

“This is also to encourage you to dream big! Your story is valid! Your dreams are valid you are valid! Don’t let anyone or anything stand in your way! If you want it get up work hard and go get it! The world is your oyster!!!,” she added.