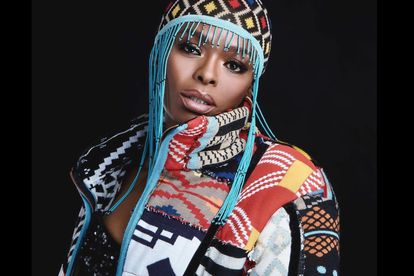 Radio personality and Idols SA judge Unathi Nkayi, as well as actress Ayanda Borotho joined the millions of people who took to social media to express their thoughts on US singer R Kelly, who was found guilty on all charges in his sex trafficking and racketeering trial on Monday 27 September.

R Kelly, who is most popular for his 1990s R&B hits such as I Believe I can Fly, was accused by multiple women and two men of sexual abuse. On Monday 27 September he was found guilty of eight counts of sex trafficking and one of racketeering.

Idols SA judge Unathi Khayi took to Instagram to sound a stern warning to her friends who choose to separate R Kelly’s music from the “monster” he is. She said that playing his music around her will not be tolerated unless “you love being a trigger”.

“To all my friends who think you’re going to continue playing R Kelly in my presence. Today it stops. No more philosophical bullsh*t about you separating the genius from the monster. It stops today, OK? Unless you love being a trigger,” she wrote on her Instagram account.

If you’re considering entering Idols SA this is a sign to choose your audition song carefully.

Actress Ayanda Borotho took to Instagram expressing how upset she gets when people would defend R Kelly and turn it into a debate about his legacy as a black man and that the media was supposedly trying to destroy.

“Being sexually violated is such a dehumanising act of violence. I was so upset when people, including women, would defend this man, making it a debate about a ‘black man’s legacy’ that media was trying to destroy.

“How easy it is to invalidate the experience of victims. Easy for people who have never been violated in this manner and have never had to walk a mile in the shoes of anyone who has,” she wrote on Instagram.

She went on to urge parents to listen to their children when they say they do not like going to someone’s house or that they feel uncomfortable around someone.

South African singer Kelly Khumalo also took to Instagram to voice her thoughts on sexual abuse. She said that South Africa is a “sick country” for making jokes about things as serious as rape.

“I’ve always known that South Africa is a sick country. But after yesterday I am very convinced that we need help, if we can joke about something as serious as rape, knowing very well that rape is one of the serious matters we are faced with as a country,” said Kelly Khumalo in a video she posted to Instagram.

ALSO READ: ‘Give me money’: Kelly Khumalo says her man must spoil her rotten!