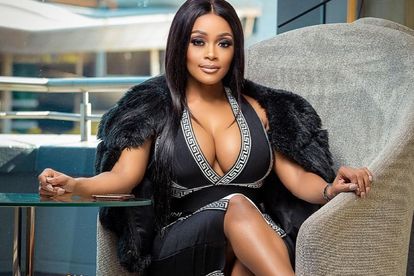 Somizi was said to be taking some “time off” from his seat on the judging panel of the singing competition. This was because of the abuse allegations made against him by his estranged husband, Mohale Motaung.

Although the producers and broadcasters of Idols SA did not confirm how long the “time off” would last, Somizi confirmed that he was unemployed.

Instead of replacing the media personality with just one person, Idols SA decided to have a new guest judge every week. While many missed their flamboyant favourite, Somizi, Tweeps loved both radio personality Dineo Ranaka and Thembi as judges.

Some even called Thembi the “female Somizi”.

TWEEPS GUSH OVER HER AGELESS BEAUTY

While her stellar job as a guest judge definitely had heads turning, her ageless beauty was also acknowledged. Many Tweeps made mention of how age-defying Thembi is. Here is a look at their thoughts.

“Thembi Seethe must reveal her secrets, she won’t age ???? Zero! At all,” wrote @Kate_xxii.

HOW OLD IS THEMBI?

The Gomora star was born in Soweto, Gauteng on 25 March 1977 which makes her 44 years old. She celebrated her 44th birthday at Ludus Magnus in Franschhoek, Western Cape.

“The best gift I received on my birthday was all the love and support I received from you all. ???????? ❤️Thanks to everyone for thinking of me and for your wonderful wishes!,” she wrote on Instagram at the time.