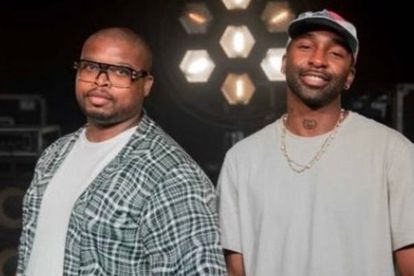 The entertainer passed away Sunday afternoon, 6 March from a sudden brain hemorrhage.

The entertainment industry is mourning the passing of hip-hop star DJ Dimplez – who died less than six days after his friend- Riky Rick’s burial.

Tumi Mooi’s family confirmed his passing yesterday in a statement:

“He passed away March 6, from a sudden brain hemorrhage. We ask for your space and respect as we process Tumi’s tragic passing.”

“Thank you for your understanding.”

Fans and celebrities have taken to social media to bid farewell to the Mooi and are still coming to terms with his death.

Tumi Mooi (DJ Dimplez) was the founder and pioneer of Pop Bottles event series and pioneered the PopCast podcast.

“DJ dimples was the first popping/mainstream DJ in mzansi … Mostly … Never heard anything bad about him … Damn. RIP soldier.”

“We spoke briefly during Riky’s memorial kanti that was the last time we would exchange words.”

“You were the coolest & most genuine dude in the game.”

“Invested in the game and you wanted everyone to win. Rest in Peace bro. Your contribution is legendary!”

“Hip-hop has taken another big knock 🥺💔. He made a massive contribution to the game.”

“May his soul Rest In Peace.”

“Dj Dimplez gave us “way up” the rest is history. Rest easy Champ.”