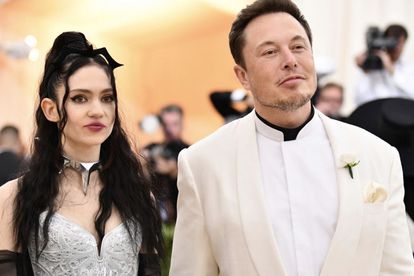 Grimes takes a swipe at her ex, Elon Musk in her new song. Image via Twitter @cryptopedia

Grimes takes a swipe at her ex, Elon Musk in her new song. Image via Twitter @cryptopedia

Tesla and SpaceX CEO Elon Musk and Canadian musician Grimes secretly welcomed their second child together via a surrogate in December 2021 – revealed by Vanity Fair on 10 March.

Grimes had no choice but to reveal that she welcomed her second child with billionaire Elon Musk in December 2021. This was because she was doing a cover story with Vanity Fair and she told the reporter that her son X AE A-XII, affectionately known as baby X was with his dad.

So, the reporter was puzzled when he heard a baby wailing upstairs. This led to Grimes confessing that she and Musk secretly welcomed a baby girl via a surrogate.

“I don’t know. I don’t know what I was thinking,” she told the outlet about attempting to conceal her baby.

Musk had six children – because he believes there are not enough people in the world – before his two children with Grimes but it was baby X’s full name that had tongues wagging and memes trending. Now, Tweeps are wondering what the meaning behind his baby girl’s name is.

Grimes and Musk’s daughter is named Exa Dark Sideræl but she is nicknamed Baby Y similar to her brother, Baby X. So, what does the name mean?

Exa is a reference to the supercomputing term exaFLOPS (the ability to perform 1 quintillion floating-point operations per second),” said Grimes to Vanity Fair.

“Dark, meanwhile, is ‘the unknown’. People fear it, but truly it’s the absence of photons. Dark matter is the beautiful mystery of our universe,” she continued.

Sideræl – pronounced sigh-deer-ee-el – “the true time of the universe, star time, deep space-time, not our relative earth time,” and a nod to her favourite Lord of the Rings character, Galadriel,” she added.

“Grimes and Elon Musk name their babies the way we all should be creating our passwords,” tweeted @ThePatReidy.

“Elon Musk and Grimes should open up a small business where they name new born babies use random word/number generators. 0 overhead and overwhelmingly profitable. @elonmusk if you wanna talk details hit me in the DMs,” tweeted @BrandonShamy.

ALSO READ: X and Y: Are Elon Musk and Grimes dating again…or not?