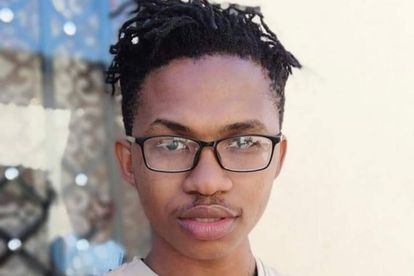 [FILE] Some people’s favourite ‘toxic king’ Musa Khawula has been dealt a double blow this week. Unflattering photos of him in court were followed by his suspension on Twitter. Image via Twitter @Musakhawula

[FILE] Some people’s favourite ‘toxic king’ Musa Khawula has been dealt a double blow this week. Unflattering photos of him in court were followed by his suspension on Twitter. Image via Twitter @Musakhawula

Musa Khawula, the official king of South African gossip bloggers, appears to have finally met his match after posting a nude video of his latest “victim”, DJ and radio personality Lulo Cafe.

With legal troubles following hot on his heels and string of powerful enemies, all roads seem to be leading to the dethroning of this gossip king…

From doxxing influencer Mihlali Ndamase to allegedly bullying Lerato Kganyago until she miscarried, many people want to see the moment when South Africa’s “Gossip Girl” is finally humbled.

His brawl with actor and comedian Moshe Ndiki in a Johannesburg nightclub in early September 2022 was largely seen as retribution for months of bullying celebrities. But popular Twitter users feel the blogger deserves more punishment.

Posting a nude video of Lulo Cafe was the last straw for many people.

A bad week for Musa Khawula

A day before Khawula’s suspension on Twitter, a post about his appearance at the Randburg Magistrate’s Court on Monday 19 September was trending.

A fellow gossip blogger posted a photo of him looking dishevelled standing behind a bakkie with a scathing caption indirectly mocking Khawula’s caption style. The beleaguered gossip monger is known for his cheeky and often insulting captions when posting photos of local celebrities.

Khawula is facing a charge of murder after allegedly stabbing his friend Wandile Khambule to death on 4 March 2022. The murder-accused blogger claims to have been in a romantic relationship with his alleged victim.

According to Sunday World, Khambule’s girlfriend was also injured in the altercation when she intervened and Khawula allegedly bit off a piece of her lip.

On 21 August 2022, Khawula showed up at a popular nightclub in Sunninghill where Ndiki happened to be It was hours after posting a scathing series of tweets about the entertainer. It wasn’t long before a confrontation occurred and Ndiki was caught on video clearly winning a fight between the two as the bloggers dreadlocks went flying across the room.