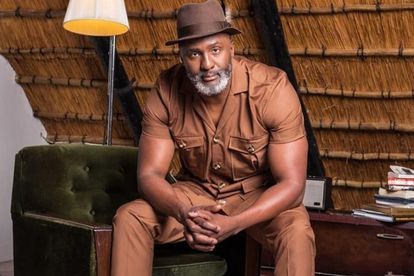 Muzi Mthabela says Jub Jub’s recklessness led to him changing his life around for the better. Image via Instagram @muzimthabela

Muzi Mthabela says Jub Jub’s recklessness led to him changing his life around for the better. Image via Instagram @muzimthabela

Veteran South African actor Muzi Mthabela is one of the only people who are thankful for Jub Jub’s mistakes… it saved his life and his career!

Muzi has just joined the Generations: The Legacy cast to play Nkosi Cele. He made his name in the soapie world from his role on Mzansi Magic telenovela Isibaya in which he played Duma Ngema.

Recently, Muzi spoke out about a time in his life where he was addicted to alcohol and spiralling out… and he does not know where he would be today if it wasn’t for Jub Jub’s fatal accident in 2010.

MUZI MTHABELA ON HOW JUB JUB SAVED HIS LIFE

In 2010, an intoxicated Jub Jub ploughed into a group of school children…four were killed while another two survived with brain damage. The fatal accident took place in Soweto during a drag race. Jub Jub was sentenced to prison and got out after four years, on parol.

Muzi heard of the news at a time where he too was in a dark place… It was then that he decided to take control of his life and ditch the bottle, reported Mzansi Leaks.

“After hearing about Molemo and his friends’ fatal accident, a sad day in South Africa, I had to self-introspect and rethink my lifestyle. That was a lesson to all of us who abused alcohol, and I could have easily traded positions with Jub Jub. Quitting alcohol wasn’t easy till I decided to give my life to Christ.”

A LONG ROAD…BUT WORTH IT

Muzi is now sober and has managed to take back control of his life. His career is back on track and life is better than ever before.

Seeing how alcohol ruined Jub Jub’s life… Muzi knew he needed to do something before it was him sitting in that prison cell.

With all the allegations that have recently surfaced against Jub Jub, from raping Amanda du Pont, to the attempted murder of Penny Lebyane… we are sure Muzi is counting his blessings like never before.

Substance abuse can ruin a person’s life and those of the ones around them. It is possible to turn your life around before your entire world comes crashing down, and Muzi is proof of this!