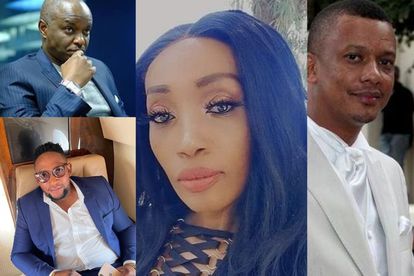 This is a second pastor Ndaba is dating after her second marriage to Bishop Keith Harrington also fell through.

Legendary actress Sophie Ndaba – is allegedly dating a man of cloth who used to be Bushiri’s pastor after her three divorces from Themba Ndaba, Bishop Harrington, and Max Lichaba.

Sources close to the actress told Sunday World that the actress is dating a Nigerian man of cloth and businessman named Allen.

The mole added that Ndaba and Allen can’t get enough of each other and they’ve been together for less than a year.

Ndaba and Allen have also been attending public events together.

“They get along, they pray together and talk about God. Allen has been patient with Sophie – he knows what she’s been through.”

HER SPLIT WITH MAX LICHABA

Ndaba made headlines in 2021 when her son released a diss track that revealed that Max Lichaba was assaulted Sophie Ndaba.

Ndaba’s son – Lwandle Ndaba also stated that Lichaba cheated on the thespian with his best friend who is old enough to be Lichaba’s daughter.

“You left your wife bruised up on the body. I won’t forget the day you hit her cause you cheated.”

“You cheated with my best friend. She is young enough to be your daughter, R Kelly wanna-be.”

“I thank God that you are not my father, I feel for your children. My mama, I am glad she chose to leave.”

“I always thought that you were one to protect us, instead, you always pulled up and stressed.”

Also read:No family secret: Actress Sophie Ndaba is moving on from husband No 3

Sophie Ndaba and Bishop Keith Harrington married in a lavish, star-studded wedding in December 2011, and went their separate ways in June 2012.

It was revealed that the couple’s union was never legal as it had not been registered.

The actress also claimed that her then-husband was cheating on her with one of his exes.

Their divorce was played out in media with the couple airing their dirty laundry in public.