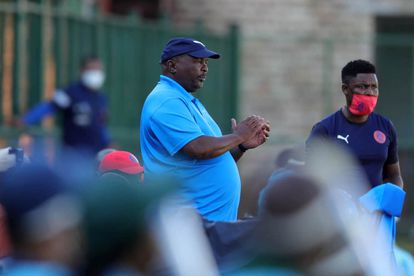 City Press reports that the former Bafana Bafana coach was served a final letter of demand on Friday, 4 November.

JOMO SONO ISSUE WITH A LETTER OF DEMAND

The letter to the Jomo Cosmos coach instructed him to make a full payment “within days” from the date on the summons.

“According to the records of the SA Revenue Service, you have failed to pay your tax debt for one or more tax years and tax periods … You are requested to make full payment within days from the date of this letter of demand.”

As per the letter, Jomo Sono has a few options which include applying to settle his debt in installments.

“You may, within 10 business days from the date of this letter of demand, apply for any of the following remedies: Payment instalments where you are unable to pay the full amount; suspension of the debt where you intend to submit or have submitted a formal dispute; compromise of a portion of the tax where this will provide a higher return to the fiscus than liquidation; sequestration or other collection measure,” reads the letter.

Should Sono fail to make full payment or use the above remedies, Sars may appoint any third party who presently or in the future will owe him money or hold money for him to settle your tax debt with this money, the letter reveals.

Sars may also issue a warrant of execution for the sheriff of the court to attach and sell his assets.

According to City Press, Jomo Sono admitted to receiving the letter.

“It is important that everybody pays taxes. My lawyers will deal with the matter,” he was quoted as saying.

This is not the first time that Sono is facing off with Sars.

In March 2019, SowetanLIVE reported that the taxman had obtained a judgment at the South Gauteng High Court to attach assets belonging to the legendary football icon and his football club Jomo Cosmos after he allegedly failed to pay a R40 million tax bill.