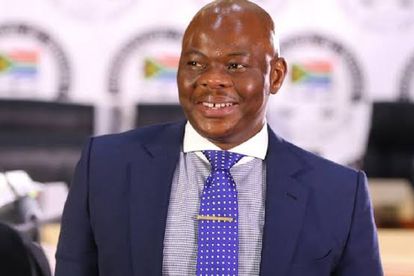 Businessman Edwin Sodi, an amapiano musician and others were swindled out of more than R7 million by a travel agent. Image via Twitter @icebergDru

Businessman Edwin Sodi, an amapiano musician and others were swindled out of more than R7 million by a travel agent. Image via Twitter @icebergDru

According to Sunday World, Jansen van Vuuren — who is also a travel agent — promised to arrange a trip and accommodation to attend the Monaco F1 Grand Prix in 2019. However, the trip never took place.

EDWIN SODI AND OTHERS ALLEGEDLY SCAMMED

But that was not all, as Jansen van Vuuren allegedly convinced a Joburg-based Supercar Club into paying him more than R7.3 million for the racing event.

Sunday World also reported that Sodi and company’s alleged scammer was arrested. He was charged with 49 counts of fraud.

Ivan Smuts, who owns Supercar Club, also known as Le Coterie or Veloca Supercar Society, opened a case against Jansen van Vuuren at the Douglasdale police station and he will appear this week.

Jansen van Vuuren is accused of claiming to be a representative from a concierge company that arranges packages for people with supercars to arrange races around the world. He later told Smut that he would be helping him, but from a different company than the one he introduced him to at first.

This was when he offered Smuts VIP packages for interested Supercar Club members who wanted to attend the Azerbaijan F1 Grand Prix between 26 and 28 April in 2019 in Baku, as well as the Monaco F1 Grand Prix on 26 May that year.

After 58 people from the Supercar Club then purchased the packages to attend the Monaco Grand Prix and 22 paid to attend the Azerbaijan Grand Prix, more than R7.3-million was paid to Jansen van Vuuren.