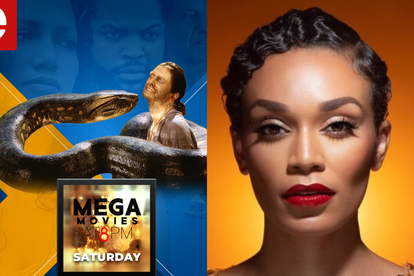 eTV just shut Pearl Thusi down after she slammed them for playing ‘Anaconda’ again. Images via Twitter: @etv/@pearlthusi

eTV just shut Pearl Thusi down after she slammed them for playing ‘Anaconda’ again. Images via Twitter: @etv/@pearlthusi

It was a busy day on social media for broadcasting station eTV after they shared a teaser about this coming Saturday’s movie. Hilariously, the channel started trending as thousands of South Africans questioned how many more times they’ll be airing Anaconda. Pearl Thusi was one of those people and soon she received a clapback that no one expected.

Before Dstv and Netflix were a thing, South Africans had nothing but SABC and eTV to keep them occupied during their TV time. This is why so many of them are aware that e.TV has been playing the movie Anaconda over and over again.

A few years ago, the broadcasting company announced that they will no longer be airing the movie and many people breathed a sigh of relief. It turns out they were lying because the show will be airing once again this Saturday at 8pm.

As expected, South Africans were far from excited by the news and quickly eTV and Anaconda were trending on Twitter. One of the people who slammed the channel was media personality, Pearl Thusi:

“You guys really need a better team to push old and non stop repeat content. Y’all been playing this movie since I was my daughters age. Stop it.”

eTV, however, did not stay quiet and quickly hit Pearl Thusi with a swift clapback by writing:

“Catch it this Saturday at 8PM. It’s a date for the two of you🤗#Anaconda #MegaMovies”

“Nandi is this you @nandosSA?”

“Whoever is behind this account sh*t yomtu, love it!!”

Unfortunately, Pearl Thusi was silenced by this response and didn’t bother to comment any further.