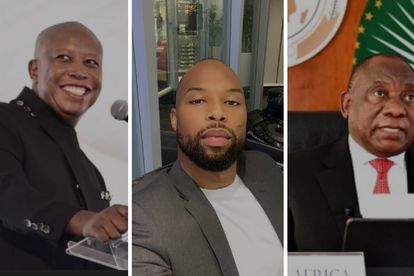 Businessman and media personality Sizwe Dhlomo has had enough of President Cyril Ramaphosa, judging by his comments after the “family meeting” on Monday 25 July.

The president addressed the nation on the ongoing Eskom crisis that has seen the country reach stage 6 load shedding, which was a first.

During his address, Ramaphosa likened the crisis to the battle against Covid-1. He urged South Africans to avoid illegal connections, to use electricity sparingly and install solar power.

President Ramaphosa also announced new measures which he said will be implemented to combat the energy crisis.

According to the president, Eskom will now purchase additional energy from existing private generators such as mines, paper mills, shopping centres and other private entities that have surplus power.

“These are power plants which built more capacity than was required and can now supply this excess power to Eskom,” Ramaphosa said.

Eskom will also import power from neighbouring countries in Southern Africa, such as Botswana and Zambia, through the Southern African Power Pool arrangement.

Another measure is that the licensing threshold for embedded generation will be removed completely. This will enable private investment in electricity generation to rise to higher levels.

In addition, Ramaphosa announced that businesses and households will be allowed to invest in rooftop solar.

To incentivise greater uptake of rooftop solar, Eskom will develop rules and a pricing structure – known as a feed-in tariff – for all commercial and residential installations on its network, Ramaphosa said.

The radio host took to Twitter to slam Ramaphosa for having no plan. He further called on EFF president, Julius Malema to “handle” the South African president.

In another tweet, Sizwe tagged Ramaphosa’s Twitter account, asking him if he does not want to take a break or just retire once and for all.

“Don’t you want to take a break @CyrilRamaphosa? Or just retire, straight?” he asked Ramaphosa.