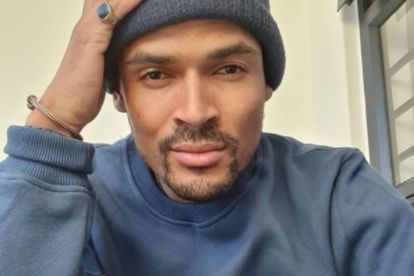 Claims of drunk driving and trying to flee an accident scene has surfaced against ‘Skeem Saam’ actor Eric Macheru. Image via Instagram @ericmacheru

Claims of drunk driving and trying to flee an accident scene has surfaced against ‘Skeem Saam’ actor Eric Macheru. Image via Instagram @ericmacheru

Seasoned actor Eric Macheru, who plays the role of Leeto Maputla on popular SABC 1 soapie Skeem Saam, has reportedly been involved in a car accident on Tuesday 16 November.

Refilwe Maleka claims in a Twitter post that the actor bumped into her car while he then tried to flee the scene of the accident.

According to her post, Maleka claims that Macheru was allegedly drinking and driving, hitting a man’s car before reversing into hers in his attempt to flee the scene of the accident.

Her Twitter post was accompanied by a video of Macheru looking “disoriented” and stated that he has no regard for people’s lives.

She also states that Macheru was not “cooperating with her insurer” and had to pay for the damages he caused.

Her insurance company also informed her that Macheru didn’t insure his new car.

She shared videos of the accident scene with her damaged Mazda and Macheru’s damaged car and also revealed that she was travelling with her six-month-old twins but luckily, didn’t get injured.

She tweeted a series of tweets which stated that Macheru also hit another man’s car, injured a passenger and that he was extremely drunk at 16:00.

“He hit a man’s car and the passenger was injured.”

“He hit my car while trying to flee the scene. I was with my six-month-old twins. He still tried to leave before the police arrived.”

Eric Macheru called out for being ‘irresponsible’

She also tagged the actor on Twitter and called him out for being irresponsible:

“@eric_macheru drinks and drives with total disregard for people’s lives and thinks being a ‘celebrity’ means suffering no consequences!!!”

“He still refuses to cooperate with my insurance as they try to recover the amount I paid for excess and how much the insurer spent fixing my car.”

“The most damaged car was his uninsured Audi.”