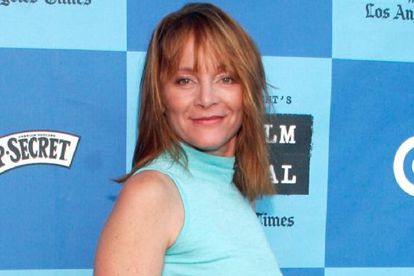 Actress Mary Mara’s cause of death has been revealed. Image via Twitter @JimLNeibaur

Actress Mary Mara’s cause of death has been revealed. Image via Twitter @JimLNeibaur

The autopsy results following the untimely passing of American actress Mary Mara, who died at the age of 61 on Sunday 26 June, have been revealed.

MARY MARA’S CAUSE OF DEATH

The publication reports that the police confirmed that Mara died of asphyxiation — suffocation — due to drowning.

“The Jefferson County Medical Examiner’s Office performed a post-mortem examination on the decedent and determined that the decedent’s manner of death was an accident, due to asphyxiation, due to warm water drowning,” NYSP Troop D Public Information Officer Jack Keller said.

This is contrary to TMZ’s report, which stated that investigators thought Mara could have slipped and bumped her head while getting out of the river. The outlet had further reported that alleged “face abrasions” were found on the actress’ body.

However, People report having gotten confirmation that “there were no signs of any trauma to Mary’s body when she was found.”

According to a press release from the New York State Police on Monday 27 June, state troopers, firefighters and an ambulance responded to the call for a reported possible drowning in the St. Lawrence River.

In the wake of her passing, Mara’s manager Craig Dorfman said:

“Mary was one of the finest actresses I ever met. I still remember seeing her onstage in 1992 in Mad Forest Off-Broadway. She was electric, funny and a true individual. Everyone loved her. She will be missed,” he told the publication.

ALSO READ: RIP: The cancer symptoms Deborah James wanted everyone to check for

Mara was a trained actress who attended San Francisco State University and Yale School of Drama. She’s appeared in several hit TV series, including Lost, Law & Order, NYPD Blue, The West Wing and Boston Public. Many will remember her roles in series such as Nash Bridges as Inspector Bryn Carson, ER as Loretta Sweet, Ray Donovan as Mrs Sullivan and Dexter as Valerie Hodges.

The actress is survived by her sisters Martha and Susan Mara, brother-in-law Scott Dailey, nephew Christopher Dailey as well as stepdaughter Katie Mercola.