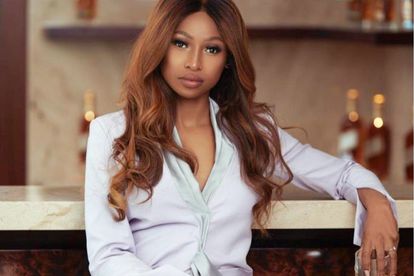 South African actress, TV presenter and fashion designer Enhle Mbali is by no means getting back together with her estranged husband DJ Black Coffee.

Stirring the pot again, podcaster MacG hinted that DJ Black Coffee and Enhle are back together on the latest episode of Podcast And Chill for the year on 13 December.

After the very public and bitter saga these two went through, it was pretty hard to believe that they had rekindled their flame.

Becoming aware of what MacG had said — and having had loads of people question if it was indeed true — Enhle felt the need to set the record straight.

Taking to her Instagram Story, the fierce female let the good people of South Africa know that she is SINGLE! There is no reconciliation happening here, please and thank you.

“I’m still very single… Not back anywhere. Still my own person. Someone’s getting paid to lie.”

WHY THE RECONCILIATION WAS SO UNLIKELY IN THE FIRST PLACE

Enhle and DJ Black Coffee’s marriage ended very publicly… and it was nasty! Many women came forward saying they had sexual relations with the DJ, and one even claimed they shared a child. It was heated and the dust has not even begun to settle.

Initially, Enhle stayed quiet, listening to everything everyone had to say… but then she said her part, revealing that DJ Black Coffee had allegedly physically and mentally abused her.

Speaking out in her documentary, Enhle filled in many blanks that had fans wondering where it all went wrong. Since then, the two have had many other public arguments, with the most recent being the electricity drama…

The two can hardly co-parent, let alone think about resolving their marital issues. While many fans would have hoped this news was true… it is unfortunately not.