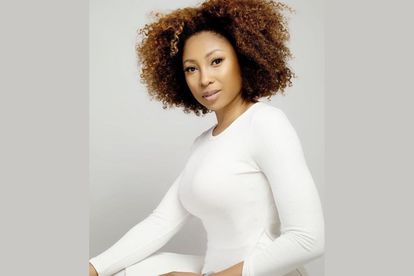 Enhle Mbali marked her 34th birthday with a black and white sultry photo which shows off her beautiful body. She reflected on her life and experiences as she stepped into another year of life. Take a look…

“34 years ago I entered into life, and I’m ever grateful that my spirit chose the path it did. Not an easy one but a great one nonetheless. Today I woke up the happiest, most peaceful,beautiful,sexiest, healthiest and fullest I’ve ever been,”she wrote.

ALSO READ: ‘A Safe Bet’: Enhle Mbali on love quests and her character in new romcom

IS THE ACTRESS DIVORCED FROM BLACK COFFEE?

Enhle Mbali previously opened up about her marriage to Black Coffee in an interview with The South African. She spoke about her documentary titled The Voice which saw her process of healing.

“I had been through a lot in my marriage. A lot of trauma caused by my partner then but I learnt to forgive myself and I had forgiven him a long time ago but it was myself that I didn’t forgive because of some situations,” she said.

“So, The Voice was me just saying guys, I’m not going to fight. Whatever the universe hands to me, the universe is handing to me because God is strengthening and teaching me. So I am going to share that I am going on dates, that my heart is opened to love just like Pearl,” she continued.

The actress revealed that her divorce has not yet gone through. So, she is still married to DJ Black Coffee.

“I’m really just concentrating on the well being on my children, their mental health until the divorce is done because it is not yet done and me too. Just being selfish just a little,” she added.