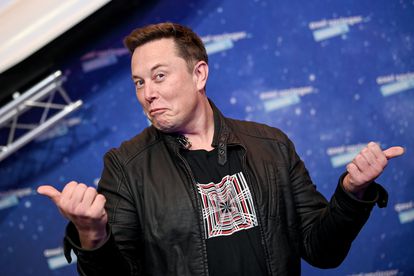 Money makes money and these 10 people have made a lot of it over the years. And by a lot, we mean a LOT! Photo: Britta Pedersen / POOL / AFP

Money makes money and these 10 people have made a lot of it over the years. And by a lot, we mean a LOT! Photo: Britta Pedersen / POOL / AFP

Elon Musk has been on a fun trail on Twitter since his buyout of the platform. The billionaire tweeted that he now wants to buy McDonald’s to “fix the ice cream machine” and Coca-Cola to “put the cocaine back in”.

“Next I’m buying Coca-Cola to put the cocaine back in,” he tweeted.

Musk then shared a screenshot of a tweet that reads “now I’m going to buy McDonald’s and fix all of the ice cream machines.” He went on to tweet that he is not a miracle worker.

“Listen, I can’t do miracles ok,” he tweeted.

The billionaire, who now has 87.2 million followers on Twitter, says he wants to make the micro-blogging platform “maximum fun.”

Twitter confirmed the sale of the company to Musk on Monday (25 April) for $44 billion. This equates to over R70 trillion.

CNN reports that under the terms of the deal shareholders will receive $54.20 (R863) in cash for each share of Twitter stock they own. This matched Musk’s original offer and marked a 38% premium over the stock price the day before Musk revealed his stake in the company.

“Free speech is the bedrock of a functioning democracy, and Twitter is the digital town square where matters vital to the future of humanity are debated,” said Musk in a statement.

“Twitter has tremendous potential — I look forward to working with the company and the community of users to unlock it,” he continued.

The billionaires cleared the air on what he meant by “free speech”. Take a look…

“By ‘free speech’, I simply mean that which matches the law. I am against censorship that goes far beyond the law. If people want less free speech, they will ask government to pass laws to that effect. Therefore, going beyond the law is contrary to the will of the people,” he tweeted.