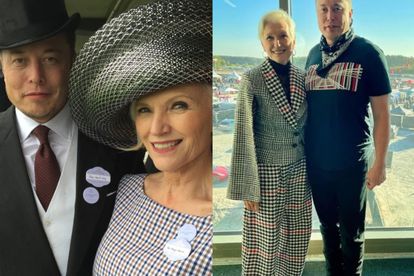 Elon Musk confirms his mom ‘sleeps in garage’ when visiting him. Images via Instagram @mayemusk.

Elon Musk confirms his mom ‘sleeps in garage’ when visiting him. Images via Instagram @mayemusk.

SpaceX and Tesla CEO Elon Musk confirmed that his mom Maye Musk sleeps in the garage when she visits him in Texas – via a tweet on Sunday 28 August.

The Times reports that Elon Musk’s mom Maye Musk said that she sleeps in the garage when she visits him. This is when she visits the tech magnate – worth a whopping $229 billion in Texas.

“You can’t have a fancy house near a rocket site,” she said to the publication.

This comes after Musk claimed that he did not even own a home right now and sleeps over at his friend’s homes.

“I am selling almost all physical possessions. Will own no house,” he tweeted in 2020.

The billionaire later revealed that his primary residence is a rental from SpaceX. This is believed to be worth $50 000 (R844 000). The residence is located near the company’s Texas location.

“My primary home is literally a ~$50 000 house in Boca Chica/Starbase that I rent from SpaceX. It’s kinda awesome though. Only house I own is the events house in the Bay Area. If I sold it, the house would see less use, unless bought by a big family, which might happen someday,” he tweeted.

Musk then retweeted a New York Post article about his mom sleeping in his garage – seemingly confirming the report. The billionaire said that he has done a lot with the place.

“Yes, but I’ve done a lot with the place!” he tweeted.

Maye then responded to the tweet expressing that a roof and a bed is a luxury. She also said that she could stay at a hotel, but that means she would not get to see her son.

“It’s a bed with a side table in the garage. What more do I need? @elonmusk I could sleep in a hotel 45 minutes away, but then I don’t see you. It’s better than sleeping on the ground in the Kalahari Desert, as I’ve described in my book. @nypost a bed with a roof is a luxury????,” she tweeted.