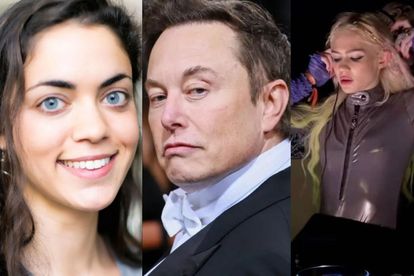 Twitter is abuzz after a report by Business Insider on Wednesday 6 July claimed that Tesla and SpaceX CEO Elon Musk welcomed twins with one of his top executives Shivon Zilis just before he welcomed his second child with Grimes in December 2021.

Business Insider reports that Elon Musk secretly welcomed a pair of twins with his company Neurolink’s executive Shivon Zilis. The publication reported that Musk and Zillis filed a petition to have their twins names changed.

The pair want their twins to take on their father’s surname and contain their mom’s surname as their middle name.

The billionaire reportedly welcomed the pair of twins just before he welcomed his second child with on-and-off girlfriend Canadian musician Grimes in December 2021. Grimes also kept their child a secret until she was doing an interview with Vanity Fair when the reporter heard a baby crying after the musician said Baby X was with Musk. Grimes reportedly welcomed her second child with the billionaire via a surrogate. So, technically Grimes was not pregnant with Musk’s child with Zilis was also pregnant. Instead, the surrogate was.

This means that Musk now has a total of nine children, although one has disowned him after a name and gender change. Musk unfortunately lost his first child with Justine Musk to Sudden Infant Death Syndrome (SIDS) at 10 weeks old.

TWEEPS REACT TO THE NEWS OF THE TWINS

Twitter users thought it was “not acceptable” for a CEO to be impregnating his subordinate.

“Elon Musk secretly fathered twins with one of his company’s executives last year. This is, once again, not acceptable behaviour by a CEO. And he’s worried about how many bots Twitter has,” wrote @MikeSington.

“Elon Musk secretly had two women pregnant at the same time: twins with one of his top executives and another child with Grimes via surrogate,” wrote @domislivenews.

Other Tweeps joked about how many kids the billionaire has.

“Elon Musk has 9 kids! I think he was shooting for 8, one for each planet in the solar system but he had a set of twins last year! Another wrong calculation for him,” wrote @LebergerDavid.