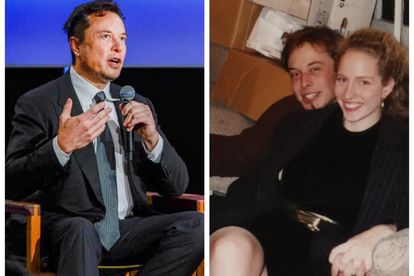 If you’re thinking of deleting or burning pictures of your ex, it might be a good idea to put that thought on ice in case they become as wealthy and famous as Elon Musk or at least close enough.

The billionaire’s college sweetheart Jennifer Gwynne, who dated him when the two were enrolled at the University of Pennsylvania, is auctioning a cache of photos and Musk memorabilia.

According to CNN, Gwynne is selling the mementos through Boston-based RR Auction and some had bids of more than $10 000 (R171 000) on Monday 12 September.

Some of the items up for auction include 18 photos, a birthday card and a birthday necklace which includes an emerald from the Zambian emerald mine owned by Musk’s father Errol. The necklace is sitting in second place at R103 000.

“His mom had a number of these necklaces in a case in her bedroom, and Elon told me they were from his father’s emerald mine in South Africa — he pulled one from the case. And because I had not gotten him anything as a Christmas gift (and I felt very guilty about that), he said we would consider the necklace an early birthday present for me. I wore the necklace for a number of years on and off, but it’s mostly been in my jewellery box for the last ten years (always reminding me of Elon, of course)” said Gwynne in RR’s statement.

Musk and Gwynne started dating in 1994. At the time, they were both working as resident advisers in a university dorm. Soon after graduating from the University of Pennsylvania, Musk started in a doctoral programme at Stanford but dropped out to launch his first startup, Zip2.

In an interview with Insider Edition, Gwynne said the Tesla Inc boss was envisioning electric cars while they were dating almost 30 years ago.