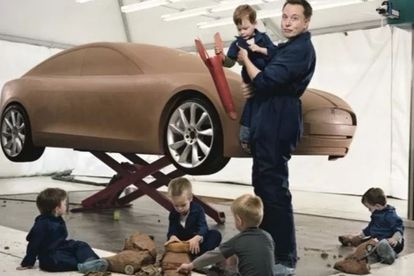 Elon Musk and his five children. Image via Twitter @sandeepozarde.

Elon Musk and his five children. Image via Twitter @sandeepozarde.

CEO of Tesla Motors and SpaceX Elon Musk secretly welcomed his eighth child with Canadian musician Claire Elise Boucher, popularly known as Grimes, in December 2021. This means the billionaire has a total of seven children and one that had passed away in 2002. So, why did Musk decide to have so many children?

Grimes revealed that she and Musk welcomed a baby girl together in December 2021 — the same month she posted an animated photo of herself with a baby bump. The Canadian musician attempted to conceal the baby but she was doing a Vanity Fair cover story and the reporter could hear the baby wailing.

Baby X was with his father. So, the reported asked what was going on. Grimes revealed that the pair welcomed a baby girl via a surrogate in December which was three months after announcing their split.

So, why did Elon Musk decide to have so many children?

TESLA CEO ON HAVING SO MANY CHILDREN

Musk made a controversial comment stating that population control is not actually needed worldwide. The billionaire claims civilisation is going to crumble if there is not enough people in the world – at a Wall Street Journal virtual event in December 2021.

He went on to counter the argument that the population is growing out of control.

​​“If people don’t have more children, civilisation is going to crumble. Mark my words,” he continued.

Musk has 17-year-old twins Griffin and Xavier and 16-year-old triplets ai, Saxon and Damian with his ex-wife Justine Musk. He and Grimes also have baby X together.