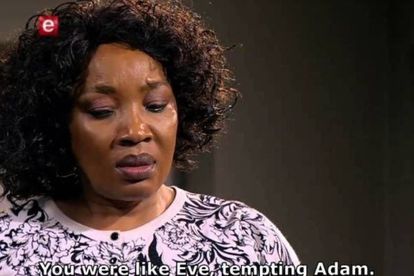 Get well messages are pouring for popular Scandal! and Muvhango actress Joyce Skefu who had a mild stroke which landed her in hospital.

The actress is known for playing the late Sandy Mokoena – who played the character of Eddie Khumalo in e.tv’s soapie.

Colleagues of Scandal! and Muvhango actress Joyce Skefu are wishing her a speedy recovery after she survived a mild stroke and got released from the hospital.

Skefu posted a picture of herself lying in a hospital bed on her Instagram with the caption:

“Good morning my lovelies hope you are all well and kept by the grace of God, Ya life happens.”

“I was quiet because I had a mild stroke got hospitalized but God did it again.”

“I am doing therapies and getting better daily, but I sincerely thank you cause you were my strength even if did not know.”

“Thank you for your amazing love.”

Skefu is popularly known for playing the role of Fumane in Mzansi Magic’s Abomama seasons one and two.

She also appeared in SABC2’s drama Lithapo season one as Moipone and got her big break in acting as Doris Mokoena in Muvhango.

REACTIONS FROM HER INDUSTRY FRIENDS

“Speedy recovery Ma. We love you.”

“Oh Mama. We love you. God is with you. We trust HIM for complete healing.”

“We love you Queen. May you be restored to optimal health and may your cup run over with all things good.”

“Sending lots of strength and warmth your way ma.”

“Oh Mama. I hope you recover fully. I’m soo sorry. May the Almighty see you through this chapter.”