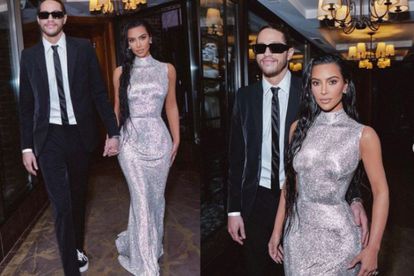 Kim Kardashin opens up on her concerns about Pete Davidson going to space. Images via Instagram @kimkardashian.

Kim Kardashin opens up on her concerns about Pete Davidson going to space. Images via Instagram @kimkardashian.

Reality star and businesswoman Kim Kardashian opened up about how her relationship with American comedian Pete Davidson started, on the latest episode of her family’s reality show which released on Hulu today (2 June).

The Skims founder revealed that she was not looking for a relationship when she first started seeing Pete Davidson, but just sex instead. Kim revealed that she heard about his BDE (Big D*ck Energy) and she was DTF (Down To F***).

The reality star went on to hint she’s having the best sex of her life with the comedian and he is the best human ever.

“So are you dating Pete? Why have you been so secretive?” a producer asks Kim.

“I just feel like I wanted to really make sure and not just be so like… ‘Oh my God I met someone and I’m having fun.’ And then just start talking about it on a show and then if we weren’t talking months later I’d be like an idiot, or a wh**e, either one,” responded Kim.

THE SKIMS FOUNDER: ‘I WAS JUST DTF’

Kim explained exactly how “it went down” with Pete. She revealed that she asked for his number and texted him and that their on-screen kiss was such a vibe.

Kim went on to say that Pete did not show up to her Saturday Night Live (SNL) afterparty.

“OK, you guys have stalked me long enough, I’ll finally answer you. So this is how it went down with Pete. I did SNL, and then when we kissed in scene, it was just a vibe and I was like, ‘Oh s**t, maybe I just need to try something different,” she said.

“But Pete does not come to my after-party. Everyone was at my after-party. Does not give me the time of day. So a few days later, I called the producer at SNL and was like, ‘Hey do you have Pete’s number?’ And they were like ‘yeah’,” she continued.

“I text him. I wasn’t even thinking like, ‘Oh my God I’m gonna be in a relationship with him. I was just thinking like, ‘Heard about this BDE’. Need to get out there. I need to just like… jumpstart my… I was basically just DTF,” she added.