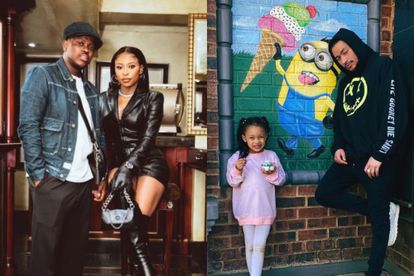 On the latest episode of DJ Zinhle: The Unexpected which aired on BET Africa on 27 August, DJ Zinhle opened up about being trolled on Twitter after posting her “baby daddy” rapper AKA on Father’s Day.

DJ ZINHLE ON POSTING AKA ON FATHER’S DAY

Businesswoman DJ Zinhle posted a photo of her “baby daddy” rapper AKA on Father’s Day. The former couple have a seven-year-old daughter named Kairo Forbes together.

The DJ opened up about being trolled on Twitter after the Fathers Day post. She first explained that her now “husband” Murdah Bongz – who she has 11-month-old Asante Mohosana with – does not have Twitter. So, it does not bother him.

“Bongani is not on Twitter, so he doesn’t care. The thing is they are always trying to make us look bad, that is the mission,” she said.

Several tweets appeared on the screen, one of which spoke about posting your “baby daddy” while in a relationship.

“I don’t know if you call it being matured or being civil to each other but if we are dating and you post your baby daddy we done. That’s humiliating the other guy, imagine what his family and friends will say when they see this. No guys this kind of behaviour is not on. Stop it,” wrote @mystupid_friend was displayed on the screen.

Zinhle explained that the biggest concern for her blended family is the kids.

“The kind of family that we have will always make people talk. I don’t why it’s so weird that we all want to get along. Our biggest concern are the children,” she said.

The Umlilo hitmaker then claimed that cyber bullies were trolling her business pages after she blocked them on her personal pages.

Murdah Bongz revealed that his “baby mama” asked him not to bring the child any unnecessary attention. So, he does not post the baby or the “baby mama”.

“The thing is they don’t really know what is going on. I don’t have to prove a point or anything, you know? The child’s mother asked that I don’t bring the child any unnecessary attention. So, that’s why I don’t post her,” she said.