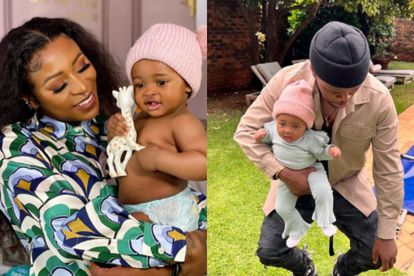 Twitter users are convinced DJ Zinhle’s daughter Asante Mohosana is the spitting image of her dad Murdah Bongz after watching the first episode of the second season of her reality show which aired on BET Africa on 6 August.

TWEEPS: ‘ASANTE IS THE SPITTING IMAGE OF HER DAD’

Asante Mohosana made her debut on her mom’s reality show DJ Zinhle: The Unexpected which aired on BET Africa on Saturday 6 August. She was sitting alongside her mom on the tabletop in a scene.

Tweeps thought that she is the spitting image of her dad, Bongani Mohosana, popularly known as Murdah Bongz. Take a look…

“Asante is a spitting image of her dad,” wrote @koketsoselolo_.

“Asante looks like her dad so much,” wrote @SegoKKgobokoe.

Both of Asante’s parents often show her off on Instagram. So, does she look like her dad? Take a look…

DJ Zinhle also has an older daughter, seven-year-old Kairo Forbes with rapper AKA.

ALSO READ: ‘I was never with anyone I wanted to marry’: DJ Zinhle shades AKA?

DJ Zinhle also revealed that she is “married” to her “baby daddy” Murdah Bongz on the first episode of season two of the reality show. She said that Murdah Bongz family came over to her mom’s home for her lobola negotiations.

“Bongani and his family came to my mom’s house to negotiate lobola. And we decided that it should be a small thing, with just family,”  she said.

She  said that she loves telling people that she is married.

“I’m excited to be his wife, I’m excited to try something I never would of thought would happen for me. So now I’m married and I love telling people that,” she continued.