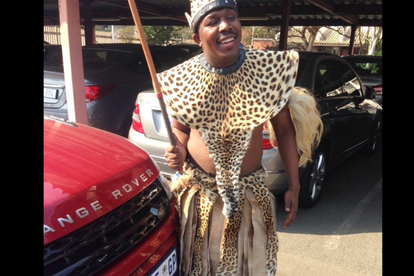 Ukhozi FM breakfast show host Sipho “DJ Sgqemeza” Mbatha was allegedly suspended from the radio station for allegedly playing a song that did not appear on the playlist and missing important events booked by the station.

City Press reports DJ Sgqemeza was suspended from Ukhozi FM after he allegedly played an unscheduled song from his cellphone without any permission.

“He basically stole airtime for the song. It was not scheduled by the station’s music compiler. He played it from his cellphone,” said a close source to the publication.

“That is a very serious offence because they are trying to deal with this payola thing. And now you have someone playing songs from his phone unauthorised,” the source continued.

The incident reportedly took place in December but this was one of several cases brought against DJ Sgqemeza.

The DJ allegedly also did not show up to events where a hotel and “everything” was booked for him.

“He was supposed to have been suspended in December for the [unauthorised] song issue, but he survived. Then he was also in hot water after he was booked to attend the station’s event in Mpumalanga with other presenters, but he never showed up,” said the source.

“They had even booked him a hotel room and everything, but he just did not show up,” the source continued.

MORE DRAMA FOR THE DJ

Another source told the publication that DJ Sgqemeza was accused of bringing the radio station into disrepute. This was after a famous traditional healer from Jozini, KwaZulu-Natal, went to the station looking for him last month.

“As if the song issue was not enough, Sgqemeza was also booked in April by an inyanga from Jozini for R25 000 and he never pitched for that gig. The inyanga had to go to the SABC offices in Durban to demand his refund from him,” said the source.

DJ Sgqemeza said he cannot talk about the matter. The DJ’s two producers Babheke Mthethwa and Mandla Magwaza were allegedly suspended for playing along with the DJ when he played a song from his cell phone.