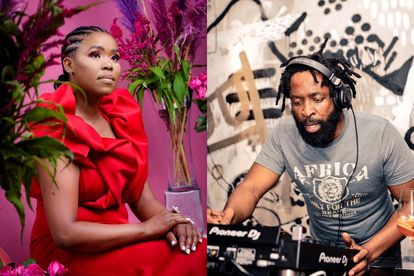 Zahara and DJ Sbu have been caught in a nasty war of words since the platinum-selling musician accused the businessman of not paying her royalties for her Loliwe album. In a recent interview, DJ Sbu mentioned that he never “sought an opportunity to benefit from someone”.

In 2019, Zahara claimed she did not receive royalties from former TS Records executives Thembinkosi “TK” Nciza and DJ Sbu for her debut album Loliwe. The album sold over 500 000 copies and won Zahara several awards.

“When people buy my music they believe they are putting food on my table.”

“I haven’t been getting anything since I left the record label and I saw recently that my music was uploaded on digital platforms without me knowing, it means they sold my records to somebody and it means I need to get a cut for it,” said Zahara.

‘I’VE NEVER SOUGHT AN OPPORTUNITY TO BENEFIT FROM SOMEONE’

Speaking to TshisaLive, DJ Sbu fired back at Zahara saying he “built” himself from “nothing”. “I’ve never sought an opportunity to benefit from someone or try take somebody else’s money, he added.”

“When I met Zahara I was already rich, I could never take a single cent of Zahara’s money.”

“Actually it’s the other way around. My younger sister Zahara, I cannot even say she owes me, it was just my duty to help out other people.”

DJ Sbu went on to say that he doesn’t expect anything in return and he’s just excited about the history they’ve made together.

“I think I go down in the history of South African music and I’ll still continue releasing music.”

Zahara’s Loliwe was one of South Africa’s biggest debuts. The album released in 2011 secured Zahara eight South African Music Awards (Samas) nominations in 2012. She won three awards including Album of the Year.  The album was certified gold within the first three days of its release.