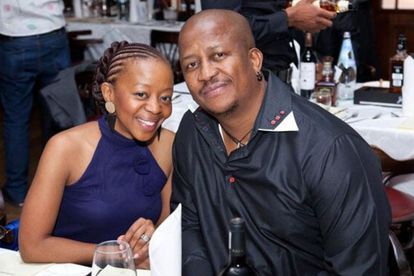 Thato “DJ Fresh” Sikwane’s wife, Thabiso Sikwane, is reportedly divorcing him after their maariage of 20 years.

A source close to the couple said they have drifted apart in 2021 already.

‘THABISO SIKWANE NO LONGER LOVES HIM’

Thato and Thabiso Sikwane got married on 11 September 2002 and she lost interest in him last year.

A source told Sunday World that she no longer loves him and they are no longer communicating like husband and wife.

She ended their union this year (2022) after consulting with her relatives and their children.

“She had outgrown Thato and wants to start all over again this year.”

DJ Fresh informed his wife that he would not contest the divorce when he was told their marriage is over.

ALSO READ: ‘It will always be people’s opinions’: DJ Fresh on rape claims

Thabiso and Thato Sikwane have reportedly been sleeping in separate rooms since DJ Fresh was accused of drugging and raping a woman in January 2021.

The woman stated that she was raped more than 10 years ago after a night out.

A second-year university student at the time, the woman alleged that she was a virgin when the alleged rape occurred. She said she had been dependent on antidepressants since the incident.

DJ Fresh and Euphonik were also dismissed at 947 radio station after the rape allegations.

A source added that the Sikwanes have agreed that Thabiso will get custody of their children.

Thato and Thabiso met at YFM, where he was a DJ and she was a newsreader and survived many storms together such as when he had a child out of wedlock with his manager – Tsholo Mosaka.