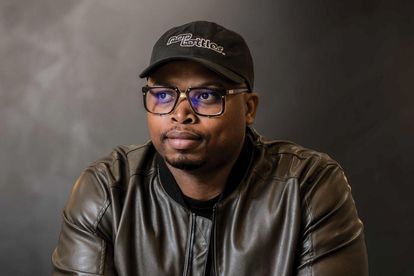 Talented hip-hop DJ and the founder of Pop Bottles Entertainment, Boitumelo Mooi aka DJ Dimplez, passed away on Sunday 6 March after a sudden brain haemorrhage. Taking to Instagram on Tuesday 8 March, the Mooi family announced that a private funeral service for DJ Dimplez will take place on Friday 11 March.

In a statement posted to the Pop Bottles Entertainment Instagram page, the Mooi family thanked DJ Dimplez’s fans for their kindness, support and comfort after the passing of the hip-hop DJ.

The Mooi family announced that a private funeral service for the Way Up hitmaker will take place on Friday 11 March and will be live-streamed for friends and fans.

Taking to Instagram to remember DJ Dimplez, Ms Cosmo reminisced on how her late colleague gave her a unique DJ name. She also remembered the many opportunities he afforded her.

“You gave me a big shot with playing at Pop Bottles in Midrand and I felt like a queen on your stage!”

“Plenty of opportunities where all you did was support and give a positive response to everyone in the game.”

“I can’t believe it. Hopefully one day I’ll make sense of this,” she concluded.

THE RISE OF POP BOTTLES

Founded by DJ Dimplez in 2008, Pop Bottles uplifted hip-hop culture in South Africa. They held several events all over the country, bringing the very best of the music industry together on stage. The exciting event also went beyond Mzansi’s borders and held events in Lesotho and the sunny island of Mauritius.

The likes of Nasty C, Zakes Bantwini, DBN Gogo, DJ Shimza and Anatii have all performed at Pop Bottles events around the country.

In 2019, the successful event was nominated for the Promoter of the Year award at the South African Hip Hop Awards next to Riky Rick’s Cotton Fest and Cassper Nyovest’s Fill Up.

TAKE A LOOK AT THE POP BOTTLES SKI FESTIVAL AFTERMOVIE